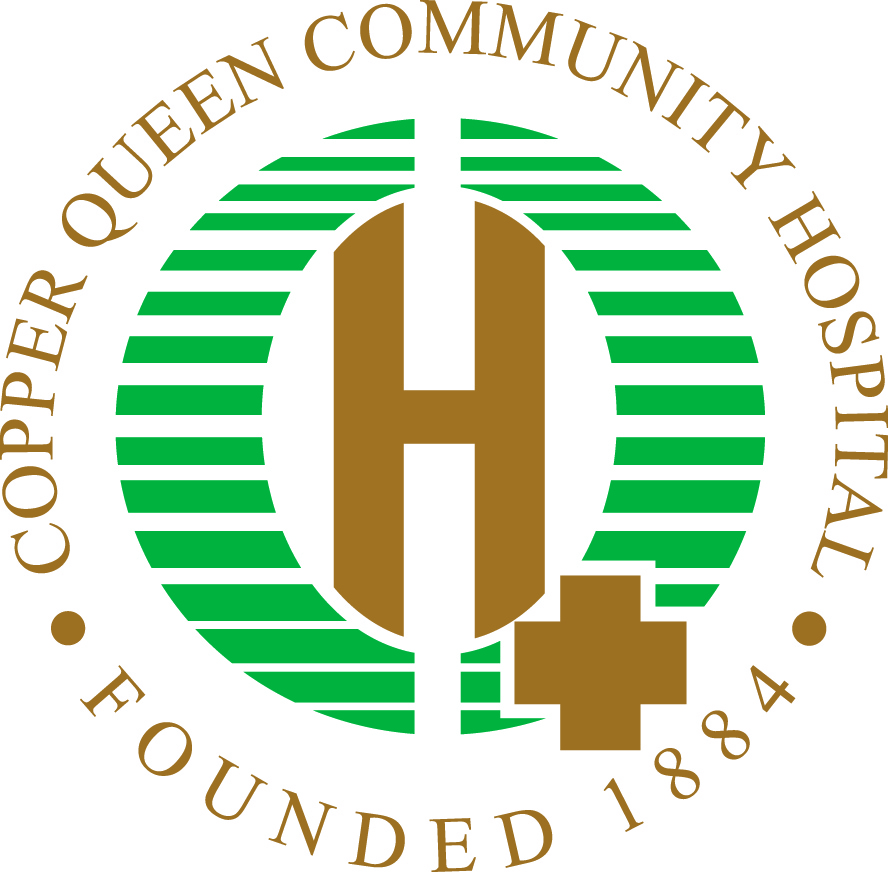 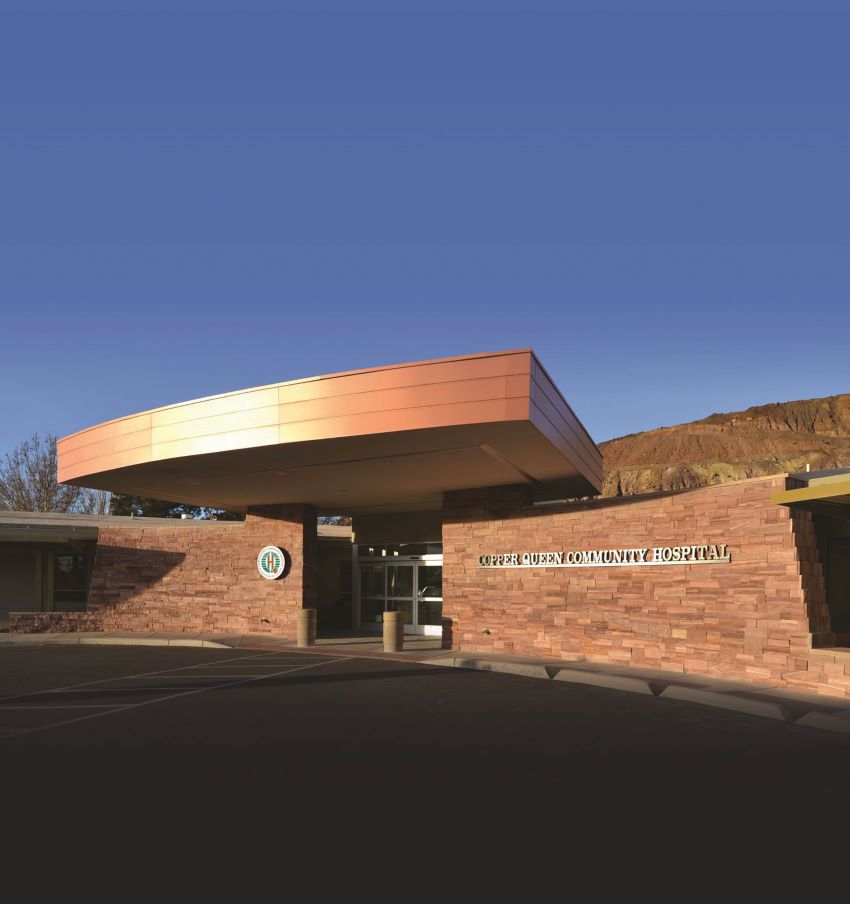 Bisbee’s first hospital was not a building but a hole in the mountain. Dr. Thomas Darlington was recruited in 1883 to fight typhoid epidemics that devastated the mining camp every summer. He took over an abandoned explosives tunnel below the Glory Hole on Bucky O’Neill Hill and started treating the sick. After the first year, he asked for a new hospital and two small frame buildings with cardboard walls were built near the base of Sacramento Hill. Called the “Cracker Boxes”, they were constantly enlarged and rebuilt until 1900 when the Copper Queen Company replaced them with a larger two-wing, two-floor white building fronted by large columns.

Nearby underground mining destabilized the earth under the hospital and in 1909 the company built a railroad spur and moved the entire structure to Lowell. At the time, the massive move was deemed less costly than starting from scratch. The rebuilt hospital went on serving the community until 1929 when once again digging at the nearby Junction mine made the ground unstable and the company—by now Phelps Dodge—decided to move back up the hill to Bisbee.

Jane Delano was a nurse and founder of the American Red Cross Nursing Service. She spent three years (1888-1890) nursing typhoid patients in Bisbee, Arizona until accepting an appointment as the Superintendent of Nurses at University Hospital in Philadelphia, Pennsylvania.

Dr. Joseph Saba touched thousands of lives during his tenure (1936 to 1975) with Phelps Dodge Corporation. As a general practitioner and surgeon, Dr. Saba cared tirelessly and selflessly for generations of Bisbee area family members. He was well known as a compassionate healer and good friend. The memories of Dr.Joseph Saba are rich and abundant and will be preserved in the halls of the institution he served so well.

A dispensary-clinic and hospital was constructed on Copper Queen Plaza. The Lowell structure was demolished, though a few columns survived and are still in use today at a small hotel on Tombstone Canyon. The handsome new hospital was state-of-the-art for the times. The dispensary-clinic entrance was on Main Street while the 40-bed hospital occupied the second floor and had its own entrance on Howell Avenue. Stairs connected the two floors. A nurse’s residence was built next door. The building at One Copper Queen Plaza was Bisbee’s clinic and hospital until 1961 when Phelps Dodge opened a new modern structure in Warren at Bisbee Road and Cole Avenue. The old hospital lives on housing law offices on the first floor and the Covenant Presbyterian Church Annex on the second.